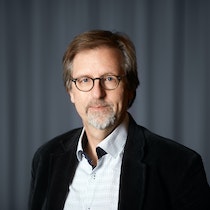 A number of his works have achieved wide recognition both in Norway and internationally. The piano trio "Bird of the heart", was first performed at the Bergen International Festival in 1982 by Oslo Trio and has subsequently been played on tours by several outstanding trios in numerous European and Canadian concert halls. The "Symphonic concerto for Violin and Orchestra" (1984) had its first performance on the direct broadcast to many European countries. It was later performed several times at concerts in Norway, Sweden and Germany.

In 1985 "Les Trois régénérations" was commissioned and premiered by Radio France in Paris. Mr Thoresen was the festival composer at the Bergen International Music festival in 1986. Emergence (1997) was commissioned by the Oslo Philharmonic and its conductor Mariss Jansons for a concert tour to European capitals, including the Musik Verein in Vienna. In 1998 "Fire and Light. Cantata and Transformation" had its world premiere in Warsaw, the work being commissioned by the contemporary music festival Warszawa Autumn.

In April 2000, his hour-long "As the Waves of One Sea" for 230 performers was performed in Oslo Concert Hall to celebrate the new millennium. In May 2001, his Oratorio "Terraces of Light" was performed in Haifa in connection with the inauguration of the Bahá'í Terraces. In 2003 he was a guest composer at Kyiv Musik Fest. In May 2003, his Triple Concerto Transfigurations were performed by a Norwegian trio of soloists and St. Petersburg Symphonic Academy as a greeting from the Norwegian State on the city's 300 years jubilee.

For three years, he was a composer in residence at "Festival Présences", the major music festival of Radio France, Paris (2004–2006). The sinfonietta BIT20 has taken his "Løp, lokk og linjer" on several tours abroad, and Nordic Voices has performed his music regularly during their tours.

Mr Thoresen has received many awards: the Norwegian Society of Composers' Work of the Year award for "Stages of the Inner Dialogue for piano" (1981), "AbUno" (1992), Carmel Eulogies (1993); the Music Critics' Award for "Qudrat", a work for synthesiser and percussion, the Lindeman award for his integral work as a composer (1987). In 1987 "Illuminations for violoncello and orchestra" obtained honorary mention in the Prix Italia.

He won Spellemannprisen — the Norwegian equivalent of a Grammy — for the CD "The Sonic Mind", featuring a violin and a cello concerto recorded by the Oslo Philharmonic (1998). In 2001, he received Prix Jacques DURAND from Institut de France, Academie des Beaux-Arts, for his music. In 2002 he received the Foundation Samii-Housseinpour Price (Belgium). In 2003 he received the Edvard Prize for his 60 minutes suite for Folk Singer and Sinfonietta "Løp, lokk og linjar". In 2010 he received the Nordic Music Prize, the most prestigious one in Scandinavia, for his works for vocal sextet, employing new vocal techniques and microtonality inspired by ancient Scandinavian folk music.

Influenced by Norwegian folk music, French spectral music, Harry Partch's tonal system "Just Intonation," and his ethno-musical studies of folk music from his own country and Asia, Mr Thoresen has been using microtonal principles in a number of his works since 1985. His approach to instrumentation has been influenced by spectromorphology and the theories of Pierre Schaeffer. Stylistically his production exhibits excellent variety.

2013–2014 he teaches Aural Sonology and Microtonal Composition at McGill, Montreal. He conducts a research project on microtonality and instrumentation supported by Fondation Langlois. Moreover, he participates in the research project Den Tenkende Musiker (The Reflective Musician), conducted by Håkon Austbø.

From 2004 to 2010, he was the artistic leader of the Concrescence Project, which aimed the enrichment of classical singing through contact with ethnic traditions (specifically overtone singing and Scandinavian folk song). The project has involved Nordic Voices, Latvian Radio Choir, and several composers.

Lasse Thoresen has taught at the Norwegian Academy of Music from 1975, 1988 as a Professor of Composition.