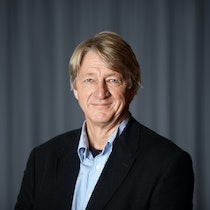 Morten Carlsen teaches viola and related subjects (also violin) at the Norwegian Academy of Music, which he has been doing since 1989. He is a regular visiting teacher at the University of Music in Vienna, where he studied, and the Paris Conservatoire.

His career as performer involved orchestral positions, top-level chamber music and solo performances and recordings. Carlsen is fascinated also by the more philosophic aspects of teaching and performing and has written smaller articles and lectured on subjects such as instrumental practice, performer history and talent education.

A collection of his advanced exercises for violin/viola, Vademecum, has been published. He contributes to the anthology Philosophy of Music Education challenged: Heideggerian Inspirations, Springer 2014 with an article called “Practice as Self-Exploration”.

In 2017 his book Å tolke musikk (On the Interpretation of Music), written together with the philosopher Henrik Holm, was published by Universitetsforlaget.