When students at the Norwegian Academy of Music (NMH) tackle Knut Buen’s music, they don’t shy away from mixing electronica or modern ballet with folk music.

“It’s no use being a bird if you can’t get air under your wings. Then you’re just sitting in your cage,” says Knut Buen.

As an award-winning composer and professor of folk music at the NMH, he is keen to give students enough air under their wings while they are preparing to take part in the Sound of the NMH festival. Folk music students and students in the Bachelor of Music with Individual Concentration programme are collaborating on presenting the music and lyrics from Buen’s book Sitring.

The five pianists who will present pieces from Buen’s newly released collection of 17 tunes for Hardanger fiddle come from all over the world.

“It’s fun that they interpret the tunes on the basis of their cultural backgrounds. After all, the whole idea is to encounter each other in music. It’s all about interplay. About getting the sympathetic strings to vibrate. Outside of the wavelengths, there’s no hope. It’s about reaching each other from a distance and over the abyss without losing oneself in the process,” says Buen.

The concert was supposed to be presented during the Lyd av Musikkhøgskolen (Sound of the Music Academy) festival on 21 March 2020. The festival was cancelled because of the coronavirus situation.

Outside of the wavelengths there’s no hope. It’s about reaching each other from a distance and over the abyss without losing oneself in the process. 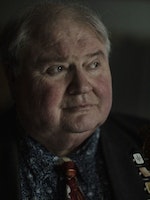 We meet with him between lessons at the NMH together with folk music student Eir Vatn Strøm, who is currently practising for the concert. She says that tackling her professor’s own material doesn’t constrain her with a sense of awe or fear of taking Buen’s music in the wrong direction.

“We respect the lyrics and the melodies but have come up with our own interpretations and versions. It’s all about being creative within the framework. At the same time, we know that Knut writes music for the group Gåte, among others, and takes it in every possible direction. He has collaborated with Arne Nordheim, released a CD of hymns and made a record with heavy metal music. Knut is a person who is open, who you aren’t afraid of,” she points out.

“Yes, you can see that I’m more round than square,” Buen agrees.

He explains that the metal collaboration, for the record Hardingrock, triggered questions from the folk music community as to whether he had converted. He had not.

“But I was interested in their way of using fragments of fiddle tunes when putting their music together. At the same time, I think that when you are an artist, you should be able to try out everything possible, heaven and hell; you should be able to sing about the painful and the happy things. Trolls, water sprites, wood nymphs and dark forces that can be found in mythology are as real as bright angels. I think that they ‘secretly descend’, as the song says because nobody has seen them. But people’s imaginations are so powerful that they can see both angels and Satan.”

Buen emphasises the importance of cultivating each student’s personal form of expression when they are learning traditional material. And he is waiting impatiently for the final result when the concert “Sitring” is finally presented.

“You have to trust the young people – not put brakes on them, but let them blossom. I want something to happen to my music in a new setting. This is a kind of evolution. If you’re fanatical about everything being in a certain form, you’ll never get any farther,” says Buen.

Vatn Strøm thinks that it is precisely the fear of treading on the tradition that is a pitfall for many folk musicians. Together with 13 fellow students, she is looking forward to dressing traditional music in a new costume during the festival.

“Folk music is often arranged with a drone and thirds, but we’re making the arrangements for this concert quite big – you could almost say inspired by film music. This is something we have spent a great deal of time on, and we think it has been a lot of fun. Knut Buen is, of course, one of the most important sources of the tradition, and it’s good that his songs are being given the place they deserve,” she points out.

Not everything is “insanely good”

Both folk dance and modern ballet will be included in the concert, in addition to informal talks and texts that are connected with the music. The fact that Buen enjoys telling good stories will be reflected on stage. He himself will contribute by telling stories and presenting some of the original versions of the tunes.

Are the stories an important part of presenting music?

“It’s important for an artist to be able to tell a little bit about the music. To get hold of the qualities that are human, so people can relate to it. You can use chats about music theory as a sleeping pill, but amusing stories, humour and dramatic events in people’s lives, on the other hand – that’s what the folk songs and rural songs are all about. My little talks are as important as the music. You only live for a short time, and then you’re gone. So it’s important to use the stories as ballast, and keep them alive.”

An awareness of the linguistic richness that is inherent in the dialects goes along with the joy of being a storyteller. Buen wants to get rid of the empty phrases that arise in contemporary life.

“Before, it was important to have enough knowledge of language and words to be able to vary your speech and writing. The danger of modern language use is that it amputates many terms that make lyrics, prose and poetry vastly richer. But you can’t say that everything is ‘insanely good’.”

While Buen comes from a family with long-standing traditions within folk music and folk art, Vatn Strøm grew up in Oslo.

“I have seen folk music from the outside, which is interesting and different. But actually, folk music is the basis of everything. A tradition that has gone through several links, whether these have been written or handed down orally. Many of folk music’s characteristics are recurrent: different kinds of ornaments and tonalities that are slightly between the notes on the piano. All the same, you can take it in entirely new directions, and I feel that in recent years folk music has become very popular. I am very involved with electronics, and am bringing it into that world,” she says.

The problem with not coming from a folk music community is that you don’t bring anything with you automatically. But you can still use your love of the material to study it in more depth, according to Buen. “Here students from America and Japan learn to play the Hardanger fiddle, something that they can’t have had any relationship with previously. You don’t have to be from a rural community. The whole secret lies in loving what you do.”

Do a lot of people regard folk music as unhip and old-fashioned today?

“The people who have a negative attitude are often talking about something they know nothing about. But do rural people out in their fields care about opera or jazz? Illiteracy is very common in different subjects.”

I have seen folk music from the outside, which is interesting and different. But actually, folk music is the basis of everything. 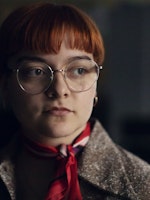 What does folk music have within itself that other music does not have? Vatn Strøm mentions lessons with the professor where his stories often take up as much time as practising the Hardanger fiddle. The concert they are planning is based on deep roots and a wealth of stories from Buen’s 70-year-long life.

“The background of my compositions is an extensive collection of folk songs and other material. These roots give me the musical basis for my tonalities. Composing is the same as arriving at a conclusion – in emotional life, traditions and dedicated material. The more you learn and fill yourself with musical material, the more you have to write about. If you listen to Haydn and the great composers, you can hear that they took the music of the people, both urban and rural, and used it in a symphonic context. Mozart had within himself a multitude of melodies from the people, which is why he also had the ability to create new ones.”