Love songs for Afghanistan – a night of songs about love, in solidarity with musicians, music instructors and music students in Afghanistan, and the Afghanistan National Institute of Music.

Audiences must show up at least 10 minutes before the concert – otherwise, their tickets may be sold to the remaining audiences.

The Norwegian Academy of Music invites audiences to a night of songs about love in solidarity with musicians, music instructors and music students in Afghanistan. This way, our students and employees wish to stand up for artistic freedom and peace.

Throughout history, people have expressed hope and raised their voices against political change, conflict and oppression, through music and the arts. Because of that, especially artists can be targets for violence and violation of human rights. There have already been reports from Afghanistan telling stories about musicians burning their instruments – not fearing for their livelihood, but their lives.

You can live-stream the concert here.

SEMPRE (The Society for Education, Music and Psychology Research) is currently accepting donations on behalf of the Afghanistan National Institute of Music (ANIM). All donations will go directly towards ensuring the safety and welfare of musicians, music educators, and music students during this uncertain time in Afghanistan. More information is to be announced in the printed concert programme and at the concert.

Do you wish to donate right now, or maybe after the concert? Donate here.

"Music education and performance is vital in rebuilding a war-torn country and contributing to the establishment of a just and civil society." 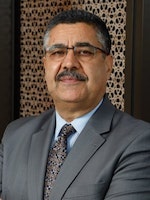 We want to give special attention to the Afghanistan National Institute of Music (ANIM). This music institute is the only one of its kind in the country, established by Dr. Ahmad Naser Sarmast in 2010. ANIM dedicate themselves to ensure the right to music for Afghan children, promoting musical diversity nationwide, and erasing cultural, ethnic, religious and gender barriers. ANIM is especially famous for the orchestra Zoshra (named after the Persian goddess of music), established in 2014 as a girls-only orchestra with musicians aged 13 to 20. Zohra has become a symbol of the development towards increased freedom for girls. Through music education, Afghan children and youth get the opportunity to develop cultural identity, social belonging, mastery and self-worth, in a country where young people cannot take that for granted.

After the recent developments in Afghanistan, we are deeply concerned about the conditions of ANIM's important work. From the initiative of the Queensland Conservatorium, Griffith Univerity, Australia, and other institutions worldwide, the Norwegian Academy of Music wish to show our support to Afghan musicians and the ANIM. We are bringing together students, instructors and external guests, sending Afghanistan a message of peace, compassion, courage and most of all – love.

Love Songs for Afghanistan is a series of concerts being initiated and performed throughout the world. The concert at the Norwegian Academy of music is the second one.