The Norwegian Academy of Music (NMH) has made remarkable progress on the QS World University Rankings in Performing Arts since last year. “An organic development and a great leap forward,” says Principal Peter Tornquist.

In the past three years the school has held the 35th, 33rd and 29th places respectively – before jumping 21 places to capture the number 8 spot. For the first time ever, we are the top-scoring Nordic arts education institution.

Principal Peter Tornquist describes a deliberate emphasis on increased mobility and recruitment of students and teachers from abroad. In his view, this has gradually improved the school’s reputation.

In the course of just the past few years the NMH has conducted collaborative projects with schools and other actors in Georgia, India, the USA, China, Australia and South Africa, among other places. The principal calls this a 360-degree dialogue with the surrounding world.

Tornquist has also spent a great deal of time developing the school’s international network. He points to international collaborations and projects as making important contributions to the school’s increased visibility. Just since the end of 2019, the NMH has established projects such as HOMESIDE, ECMA Pro and Jazz Workshop, which all take place across national borders. In 2020 the school also launched an international, English-language bachelor’s programme.

What are QS rankings?

Every year, the QS World University Rankings examine the universities and colleges of the world, and give them points – like a kind of Michelin Guide for higher education. The HES – QS World University Rankings are published annually by the Times Higher Education and Quacquarelli Symonds. The rankings have been published every year since 2004. Among the criteria used as a basis for the rankings, peer assessments weigh most heavily, and the survey is answered by university and cultural sector leaders.

“People have suddenly discovered this little jewel up in Scandinavia.” 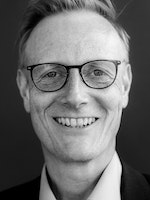 “We have always had an international perspective, and our efforts have been built on what Eirik Birkeland and other principals did before me,” he says. “We have been confident enough to find our place, and Eirik often used the description ‘internationally trendsetting’. People have suddenly discovered this little jewel up in Scandinavia,” Tornquist continues.

In international metropolises such as Paris, London and New York, most of the universities are much larger than the NMH. What does this ranking mean to a relatively small institution in an equally small capital city?

“It will certainly have a positive effect on recruitment. The QS ranking list is often used by international students who want to see where it’s cool to be accepted.”

The schools at the top of the list are pillars of the academic arts community: the Juilliard in New York, the Royal Academy in London, and – in the same league – the Norwegian Academy of Music.

“This confirms that the overall impression is that we are a good institution.”

Tornquist believes that we are winning because of our international efforts, recruitment from abroad and the way we communicate.

“We can only benefit from this, because music is one of the most international fields of study that exists,” says the Principal.

“The time when it was ‘every man for himself’ is over.”

Peter Tornquist will step down as principal on 31 July this year after two four-year terms.

How does this ranking feel for a principal who is now stepping down?

“I won’t try to hide the fact that it’s gratifying to leave when the flag is flying at its highest,” he says, smiling.