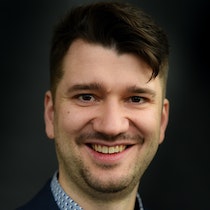 Julius Pranevičius, born in 1985 in Vilnius, Lithuania, received his first horn lessons at the age of 10, later continuing his studies at the Lithuanian Academy of Music and Theatre. In 2005 he moved to Norway to study with the renowned Frøydis Ree Wekre at the Norwegian Academy of Music and in 2011 was appointed as the professor at the same institution becoming the youngest professor in Norway.

Julius is active as a soloist, chamber and orchestra musician, as well as a teacher. He has appeared with several orchestras in Norway and Germany as a soloist, took part in various chamber music festivals and since 2009 is the principal horn of the Norwegian Radio Orchestra.

He is the winner of the International Music Competition in Markneukirchen, Germany in 2008 and ConocoPhilips competition in Oslo, Norway in 2009.