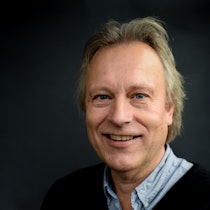 After many years performing as a musician, and subsequent conducting studies at the Norwegian Academy of Music and the Sibelius Academy, Ole Kristian Ruud made his conducting debut with the Oslo Philharmonic Orchestra in 1985. He quickly established himself as a guest conductor with all the Norwegian symphony orchestras.

Ole Kristian Ruud has made several CD-recordings with Oslo- and Bergen-Philharmonic, Trondheim-, Stavanger- and Norrköping-Symphony Orchestras. He has made a series of recordings of Norwegian composers for BIS recording company, which have received fantastic reviews in the international music press. These include recordings of Geirr Tveitt and Harald Saeverud with Stavanger Symphony Orchestra, and Edvard Grieg with Bergen Philharmonic.

Since 1999 has Ruud has been Professor of Conducting at the Norwegian Academy of Music. Many of his students have started a professional conducting career, and are doing important work in the Scandinavian music scene. Since 2003 Mr. Ruud has been Artistic Director of the Norwegian National Youth Orchestra (Ungdomssymfonikerne).

Ruud has won a variety of music awards. He received the Edvard Grieg Prize in 1992 and 2007, the Norwegian Critic Prize in 1993, the Lindeman Prize in 1994, the Johan Halvorsen Prize in 1996 and the Stiklestad Prize in 2004. In 2004, 2005 and 2007 he received the Record of the Year award from the Grieg Society in London along with the Bergen Philharmonic Orchestra.