Peter van Tour shows me the way into his office at the Norwegian Academy of Music. After having spent several years in Sweden, he moved to Oslo last autumn to take up a position as Associate Professor of Aural Training.

The piano is in place, shelves full of books and CDs are lined up neatly along the walls, and on his desk is the book he published earlier this year, “The 189 Partimenti of Nicola Sala”. Partimenti, a teaching method developed in the earliest music conservatories in Naples in the 1700s, is a relatively new field of research, and van Tours’ work is the first critical research study of the partimenti repertoire.

“Partimenti are instructional basso continuo lines, but the difference is that partimenti are not written as an accompaniment. They are solo pieces. In a partimento the instructor notates the lowest-sounding voice in a composition, while all the voices above it are suggested with numbers. The students try to imagine how the orchestra would have played above the bass voice. These are exercises in realising music.”

Van Tour leafs through the pages to one of Sala’s partimento exercises, and sits down at the piano.

The bass melody that is written on the page rings out into the room.

“Then we come back to the tonic key, and suddenly it becomes very boring. Not much is happening. As a partimento player, one becomes suspicious at this point. Maybe this actually belongs here, and this belongs there.”

He moves his fingers between the bar lines of the music.

“You take different bits and connect them. It’s a kind of musical sudoku. Of course, it’s only possible if you have learnt some patterns and tricks that you can use. Sometimes you get lost, but then you have the numbering to help you. Partimenti are a combination of memory, knowledge of the style and the ability to read the notation.”

Van Tour is originally from the Netherlands, but moved to Sweden in the early 1990s. He discovered Nicola Sala purely by chance in connection with a report on the music theory programme drawn up on behalf of the Royal College of Music in Stockholm around ten years ago. In his work on surveying the music theory field in the Swedish capital in the 19th century he happened to come across a book about counterpoint by Sala, a name he had never heard before.

“I had been involved in the field for 20 years at that point, so I was very surprised. There were two massive volumes in thick, high-quality paper, printed by the royal printing press in Naples in 1794. I found that even more intriguing!”

Through subsequent correspondence with professors all over the world as well as a number of trips to visit Italian archives, van Tour discovered several additional partimenti manuscripts by Sala, among others. Sala was an Italian composer and instructor who was connected with the Pietà dei Turchini conservatory in Naples. Van Tour has created databases devoted to his findings, and by collecting the available raw materials he has also resolved the question of the rivalry between the Leisti and Durantisti schools in Naples.

“Some researchers have believed that the conflict between the two schools might have been only a myth, because it was not possible to find out what is was all about. But by photographing and comparing the material, I saw differences in the counterpoint methodology. The Durantisti school placed the partimento in the bass, and the students wrote the melodies above it. As a result, the members of this school became extremely adept at writing melodies, and Verdi and Bellini are among those associated with the Durantisti. Sala belonged to the other school, the Leisti. They were more involved in church music. They placed the partimento in the middle, and the students wrote both above and below it. You have to be very knowledgeable about counterpoint to notice the difference, but when I eventually saw it, it was crystal clear. It was a major discovery, because it had to do not only with Sala, but with the entire Neapolitan school. Suddenly one began to understand 200 composers in a slightly different way.”

”Instead of building up a body of rules to follow, the focus is on the practical aspects.” 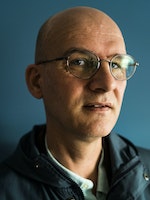 “I believe it was in order to encourage improvisation. It was a survival strategy for composers; if you didn’t work quickly enough, you couldn’t survive as a composer. Actually, this music functioned in the same way as jazz and folk music do today. Instead of building up a body of rules to follow, the focus is on the practical aspects.”

The oldest known source of partimento is from 1695. Research has shown that the methodology was also used in France and Germany. Van Tour has, among other things, discovered partimenti materials from Saxony from around 1710, indicating that the Italian partimenti most likely formed the basis for much of Bach’s improvisational art. But gradually the German tradition took over, and partimenti were forgotten, according to van Tour.

“The Germans were critical of Italian music: it had too many clichés, it was not original enough, it was too fast. In the German music theory of the 1800s, the tradition that we have inherited, everything is organised in books and there are vast numbers of rules. The art of improvisation slowly but surely died out. Even in the 1990s researchers were still struggling to interpret partimenti as pedagogical materials.”

The breakthrough in research arrived in 2007 with the book “Music in the Galant Style”, by the American professor Robert Gjerdingen. Here the author addressed the practical aspects of partimenti – how the exercises can be read and played. Gjerdingen served as examiner when van Tour defended his dissertation “Counterpoint and Partimento – Methods of Teaching Composition in Late Eighteenth-Century Naples” in 2015. Van Tour’s work is a continuation of Gjerdingen’s findings, and focuses on the connections between partimenti theory and practice.

Van Tour estimates that there are around 50 researchers currently studying partimenti, and he does not discount the possibility that the older finds could help modernise the music theory of today.

“Music theory as a subject is in somewhat of a danger zone. We can see that it is declining throughout Europe, both at conservatories and in musicology studies. Young people are learning about music in completely new ways, through YouTube and by copying what they see. The situation is becoming difficult for orchestras, new musical styles are emerging, music is being streamed, and musicologists are stuck in their own tradition. How can we adapt the stringent, ponderous German rule books to a new generation? That’s when I land in Naples, where they had an extremely practical focus. There is almost no explanatory writing, only learning by doing.”

”It has always been a feeling I have had: imagine that one could walk in their footsteps, and could convey one’s own work to the next generation. In my world, there could be nothing better.” 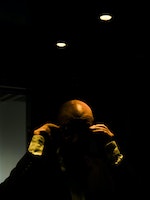 Van Tour regards partimenti as a creative path into the subject of aural training, where the student becomes a co-creator rather than merely reading music composed by others.

“Improvisation, which entails developing an internal ability to imagine, is an important element in the subject, as is developing one’s memory. In aural training, copying harmonic structures is a simple starting point – imitating two- and three-voice harmonies.”

Van Tour has high hopes that in his new position at the Academy of Music he will be able to pass on some of what he himself learnt from his music theory teachers as a young student of music education at the Brabant Conservatory in Tilburg.

“They taught me how to think – about what are the principal and subordinate elements in music, and about separating the essential parts of a phrase from the less important ones. That was very valuable. It has always been a feeling I have had: imagine that one could walk in their footsteps, and could convey one’s own work to the next generation. In my world, there could be nothing better.”